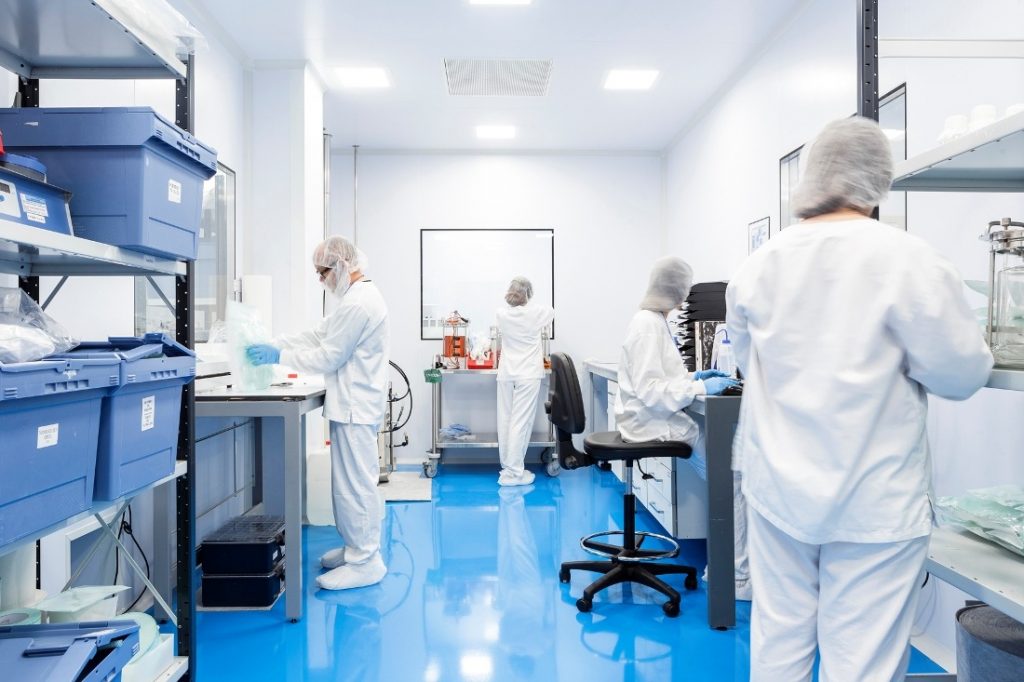 Navarre’s healthcare industry, a booming sector at the forefront of personalized medicine

The health sector is one of the areas of specialization of the region of Navarra, a booming sector thanks to multiple successful initiatives. In the last month, the Government of Navarra has presented the Navarra Health Cluster, a tool highly demanded by the sector to reinforce synergies and which is called to be the last piece to boost the sector and favor its international expansion.

As a result of the impetus of the administrations and the entrepreneurial efforts of seasoned businessmen and specialists, the community has achieved a very prominent position at international level in areas such as biotechnology, food chemistry and pharmaceuticals, and now seeks to position itself at the forefront in one of the fastest growing areas in the world: personalized medicine.

In the last month, the Government of Navarra has presented the Navarra Health Cluster, a tool highly demanded by the sector to reinforce synergies and which is destined to be the last piece to boost the sector and favor its international expansion.

In this industry, some seventy companies with origins in the region operate in such advanced and demanding fields as pharma or consumer healthcare, adding together an annual turnover of 793 million, 20.3% more than in 2016. But, beyond the turnover that companies in the sector move, what is most relevant is the powerful innovative profile and international projection that they demonstrate. Not in vain, the pharmaceutical sector concentrates 17.1% of the patents in Navarra, and its share of regional exports is the fastest growing, with a 26.3% increase between 2013 and 2019.

Some of the companies have achieved recognition that transcends borders. This is the case, for example, of the Cinfa Group, the top representative of the Navarre biopharmaceutical sector. Since its foundation in 1964, the company has not stopped growing and adding new references to its range of products, but it was not until 1998, with the support of the Government of Navarra through its SODENA instrument, that it began to produce and market generic drugs in large volumes. Two decades later, with more than 70 million drugs marketed per year and an annual turnover of more than 500 million euros, it is the company that sells the most drugs in Spanish pharmacies.

“We believe that it is a great joint achievement that the two large drug production plants of Laboratorios Cinfa are located in Navarra, both with a high technological level and great capacity, which have put Navarra on the Spanish pharmaceutical map”, explains the CEO of the firm, Enrique Ordieres.

Despite its unbeatable situation, Cinfa maintains its growth plans and its commitment to Navarra, as a result of its good relationship with the regional administrations.  They are currently working to build a new production plant in the town of Olloki, where their headquarters are located, which will enable them to increase the company’s production capacity by 40%. This is an investment of more than 35 million euros, which will generate up to 80 highly qualified jobs. “The Cinfa Group alone has invested more than 380 million euros in R&D&I and infrastructure in the last decade and, on average, we have reinvested 82% of the company’s profits,” stresses Ordieres, who celebrates the fluid relationship that exists between companies and administrations in the biosanitary field. “We feel listened to by the Government of Navarra, and at the Cinfa Group we will continue working every day to contribute to the development of our community,” he explains.

"We feel listened to by the Government of Navarra, and at Cinfa Group we will continue working every day to contribute to the development of our community." 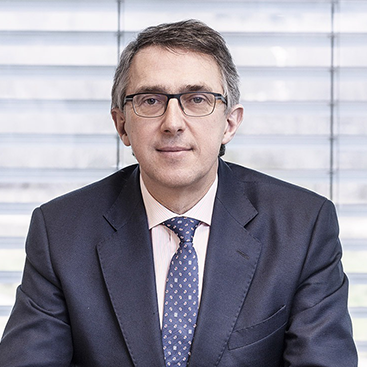 Inspired by Cinfa’s success, in recent decades dozens of technology-based companies have started their activities in the biopharmaceutical sector. Two of the most noteworthy in terms of turnover and achievements to date are 3P Biopharmaceuticals, a CMO specializing in the development and manufacture of biological and cell therapy products, and Palobiofarma, a company that develops new drugs by modulating adenosine receptors, a key neurotransmitter in the human body.

In the case of 3P Biopharmaceuticals, its recent agreement with the French firm Osivax to develop a broad-spectrum vaccine against all variants of covid-19 has led to interest from numerous European firms in establishing alliances with it. “We are a European reference company in the manufacture of new biological drugs. We give visibility to the biomedical potential of the region in our constant dialogue with entities in the sector at the international level,” explains Dámaso Molero, director of the company.

Palobiofarma has recently been named one of the 99 most innovative companies in Europe, according to the European Innovation Council (EIC). Thanks to this recognition, the company will have 2.5 million euros to carry out Phase II of its PBF-680 product, an innovative solution for the treatment of asthma and other respiratory conditions such as chronic obstructive pulmonary disease (COPD). The company will also be eligible for an additional 15 million euros, in the form of a capital increase, to undertake Phase III. According to its CEO, Julio Castro, the company is working to “make Navarra one of the leading regions in health research and development”.

In addition to the aforementioned companies, several companies from Navarra, such as Albyn Medical, pioneer in the development of medical devices for Urology, Gynecology and Gastroenterology; Bionanoplus, specialized in encapsulation of active molecules for the pharmaceutical, veterinary, cosmetic and agri-food sectors; Ojer Pharma, designer of innovative dermatological products; or Idifarma, CDMO specialized in high activity drugs, are positioning themselves as outstanding companies in very technically advanced areas of specialization.

"Navarra is already recognized for having a high quality healthcare system. There are great opportunities to be exploited in technology transfer leading to the creation of pharmaceutical R&D companies." 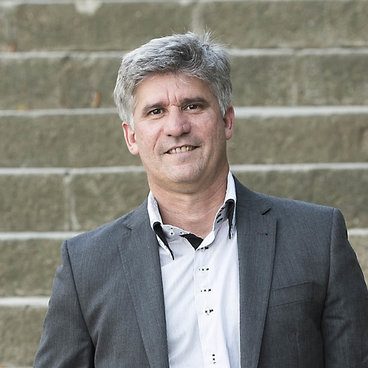 In any case, in order to continue growing and establishing itself as an international benchmark, the regional pharmaceutical industry will have to respond to some challenging issues in the coming years. One of the keys for the region to continue its growth in this field is not only to create jobs, but also to attract both “highly qualified talent and the interest of other international companies and entities”, explains Dámaso Molero, of 3P Biopharmaceuticals, who aspires to create an environment “especially attractive for the location and growth of technological companies, which also favors the establishment of a large multinational“.

Similar to the opinion expressed by the director of Palobiofarma, who considers that the industry is ready to make a qualitative leap. “Navarra is already recognized for having a high quality healthcare system. I believe that it is precisely in the technology transfer that leads to the creation of pharmaceutical R&D companies where there are great opportunities to be exploited,” he stresses.

In order to respond to these challenges, the government of Navarra has presented the Navarre Health Cluster in recent weeks. This initiative has been promoted by eight companies (Cinfa, 3P Biopharmaceuticals, Creo Medical, Idifarma, Innoupfarma, Palo Biofarma, Qubepharma Group and Telum Therapeutics) and is aimed at promoting entrepreneurship, scaling and business growth in this sector. To achieve this, it will be supported by measures and lines of impulse and support for competitiveness, from various departments of the Government of Navarra as well as Sodena and CEIN (European Business Innovation Center of Navarra).

"We work to jointly shape an environment that attracts technology companies and favors the settlement of a large multinational." 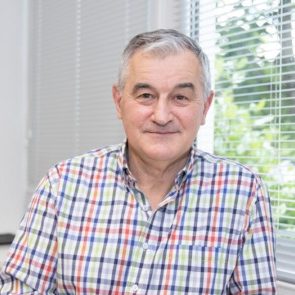 The growth of personalized medicine

One of the main objectives of the new cluster is to promote personalized medicine, the fastest growing sector and the one with the greatest prospects for future growth. This is a new approach to medical practice that places the person at the center of health care through scientific knowledge generated from biomedicine, genetics and genomics.

At the academic level, the regional performance is outstanding. In this area, nine research groups have reached the top 100 scientific citations worldwide. And, in order to favor the technological transfer of this knowledge to business and society, the regional executive has launched a collaborative innovation project between administrations, universities, and the scientific and research community of healthcare centers and companies.

Specifically, Navarra is a pioneer in the approval of a Comprehensive Strategy for Personalized Medicine integrating the areas of health, innovation and economic development, an area that since 2017 has been supported by calls for funding for innovation projects in genomics and advanced medicine. This plan proposes for the period 2021-2030 more than 30 specific lines of action and more than 150 associated actions to be developed in the coming years.

And the latest milestone in the field only confirmed the good ingredients the region has for the promotion of personalized medicine. This is the inauguration of the first Massive Sequencing Center in Navarra, located in the facilities of the public company NASERTIC. It is the second public center with these capabilities in Spain. With this Center, the Executive aspires to turn Navarra into a reference in the field of genomics and Personalized Medicine, and to contribute to the strengthening of the industrial sector of Navarra, to the promotion of research in this field and to the improvement of the health and welfare of society.