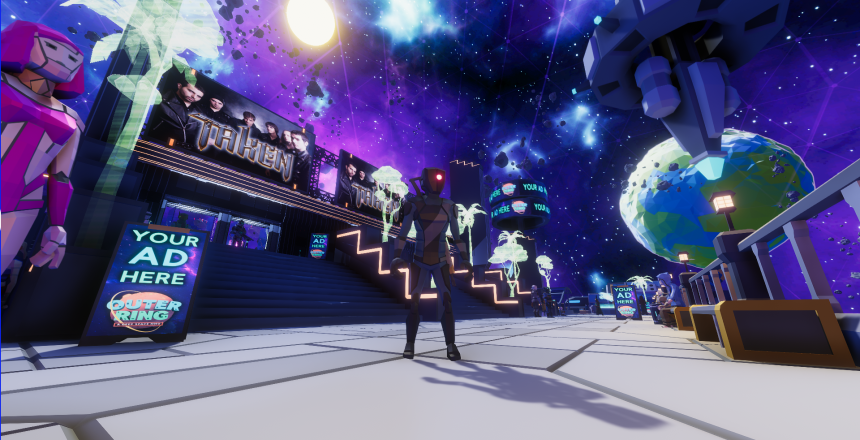 Nexxyo Labs has grown from twelve employees to more than 130 in one year, hence it is preparing to launch five more video games by 2023. For the launch of Outer Ring, a video game that uses blockchain technology, it has raised €15 million in three successive rounds of funding.

The firm Nexyyo Labs, which began operating as a software developer and consultant for third parties, has evolved towards the creation of its own products such as the development of video games with blockchain technology, an area in which it has exponentially attracted investors to reach 15 million capitation. In addition, in just one year it has grown from 12 employees to more than 130.

The development of video games is “the big business branch”, which emerged in 2021 and “has gained relevance” with the launch of its first project: Outer Ring. For the development of this product, which uses blockchain technology, the firm has raised 15 million euros in three rounds of financing.

One year later, this area has become “the main division of the company”. By 2023, the company will bring five new games to market.  It has also recently opened Achekaa Media Content, its audiovisual division. The company was created in 2019 and is based in Tajonar, but “more than half of its workforce” is distributed throughout Spain and the world (Canada, Germany, Holland and Italy).

This is Outer Ring

Outer Ring is a Massively Multiplayer Online (MMO) video game that mixes three worlds: that of players, companies and the metaverse. The aim of the project is that players can access brands and vice versa. It is free although it incorporates some premium functionalities.

Although it does not have a specific narrative thread, Outer Ring is futuristic, with an open world in which the player is immersed in a parallel life. In addition, the game incorporates the real economy within the metaverse. And this is precisely what has generated so much expectation. It is an evolution of the play to earn concept towards a player driven economy.

Within the game, participants can build objects and sell them to other people. And all the interaction takes place within the scope of cryptocurrencies, both with Outer Ring’s own cryptocurrencies (galactic quadrant and exocredit) and with any other cryptocurrency.

At the same time, brands will be able to use the metaverse as another channel to reach players. Within the video game they can advertise and sell directly. As an example of the current development of the project, currently, the universe of the video game has six planets and almost one and a half million square kilometers.