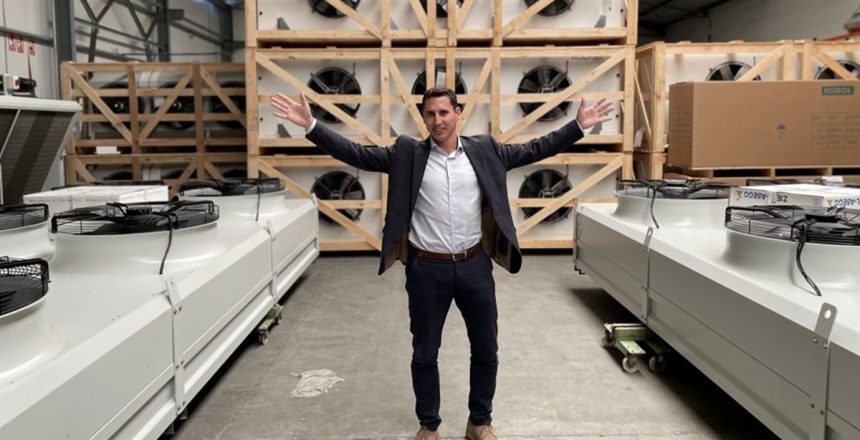 Last December, K Refrigeration Group announced the sale of its production plant named Kobol, located in Peralta (south of Navarra), to the Italian group Cold Chain Capital (CCC). This operation has allowed the company to develop both industrially and commercially and to double its workforce in recent months.

Kobol, a company dedicated to producing solutions for the manufacturing sector, was acquired last December by the Italian group Cold Chain Capital (CCC) from the firm Grupo K Refigeración. The entry of new capital has boosted the company’s expansion plans, which “is growing sharply”, according to its commercial director, Óscar León. In fact, in the last year the company’s workforce has grown from 30 to more than sixty people.

In addition to sharing the good results of the last months, the company recently announced some investments in their factory, “where new diameters and geometries will be implemented” and part of the machinery and tooling will be updated.

Nowadays, Kobol products are present in more than 70 countries in the five continents, mainly in Latin America and Europe, thanks, among other factors, to the robustness, reliability and durability of the products manufactured by the company. “A clear example of this is that we are receiving requests for spare parts for equipment installed more than thirty or thirty-five years ago, which are still in operation”, told Óscar León.

Today, the main products marketed by the company are, among others, gas coolers and CO2 evaporators, as well as brine coolers and dry coolers of up to twelve meters. A product portfolio that has had to adapt and evolve due to new European legislation.

The new European directive regarding the use of transcritical CO2 (a system that uses CO2 as a refrigerant working above the critical temperature -30.04 degrees-) meant difficulties at the beginning, since Kobol was a workshop and the investment that the company had to undertake to adapt the factory “was very important”.

“Fortunately and rightly, the management decided to go for this investment as a strategic product line. And, after a series of important investments, always from the utmost humility and respect for our competitors, today we do not have much to envy to the big manufacturers in Europe in this aspect,” stressed León.