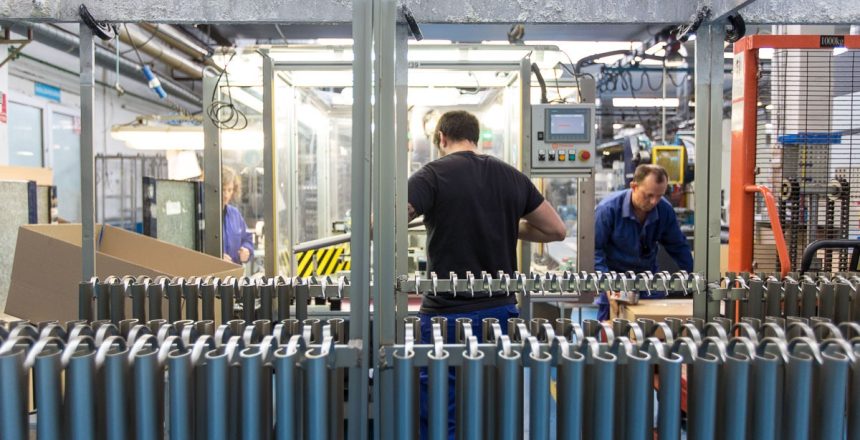 The Villatuerta cooperative finished this week the events of its 50th anniversary with the inauguration of the new headquarters of the Stirling Center in Navarra. An infrastructure dedicated to the R&D&I of Mondragon Componentes, which since its entry into operation three years ago has contributed to the growth of the company.

Embega inaugurated last Monday the new headquarters of the Stirling Center in Navarra and confirmed that the firm will allocate 10% of its turnover to investments in 2023. Thus, one of the projects that will benefit from these resources will be a new manufacturing cell with an artificial vision inspection system for the automotive sector. A development already carried out last year and which it now plans to duplicate.

This investment effort joins, in this case, others previously developed, such as a screen printing line with clean room or several robotized cells for the aesthetic metals business line.

“All this means that our customers, including large groups such as BSH, Electrolux, Miele, Simon, Ingeteam, Jofemar, Atlas Copco and BHTC, have renewed their confidence in us and has enabled us to strengthen the internationalization of the cooperative,” said Asier Toledano, Embega’s general manager. At present, exports account for more than 60% of its turnover.

The event also served for the inauguration of the new facilities of the Stirling Center of Navarra (CS) in Villatuerta, dedicated to R&D&I. An infrastructure that, since its commissioning in 2019, has contributed to the company’s growth, with a firm commitment to innovation and diversification.

Proof of this is that the cooperative’s turnover has increased by 36.8%, from the 8.77 million euros recorded three years ago to the 12 million with which it expects to close 2022. In the same period of time, the number of employees has risen from 108 to 134 (+24 %). For this reason, Embega’s CEO remarked that the launch of the center, in which a research team of nine people is working, is “a step forward to continue advancing”.