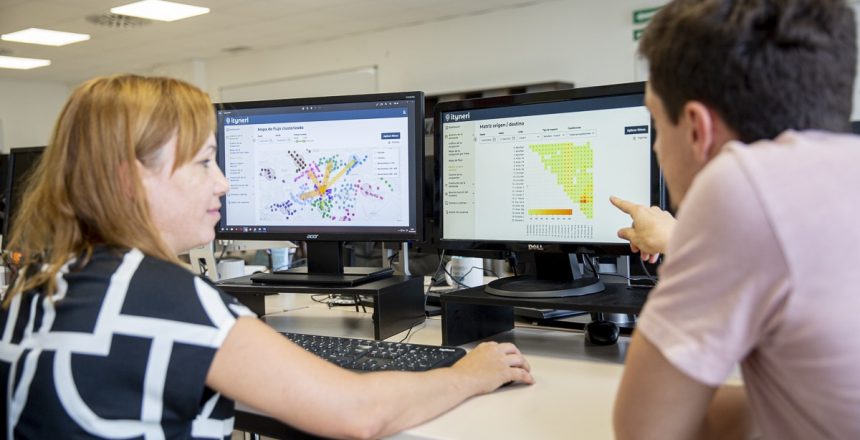 The firm launched in 2021 a business spinoff that offers a dozen services focused on the modernization of urban transport, including a cloud-based ticketing system and software for predicting the occupancy of public vehicles.

The firm GeoActio, specialized in the development of cloud native solutions, high performance apps and expert systems based on Artificial Intelligence for various sectors, has boosted its line dedicated to the optimization of urban transport and expects its commitment to be endorsed with an increase in its turnover in 2022. To this end, the company has hired more than fifteen people in the last year.

In September 2021, the company launched Ityneri by GeoActio, a spin-off that aims to concentrate its service offering for smart mobility. Large operators such as Alsa, Moventis or Grupo Avanza already use services developed by the firm, which in recent months has launched its products in urban transport in Soria, Calahorra, Jaén, Cartagena and Terrassa or in larger networks such as Seville or the interurban lines of Catalonia.

Through Ityneri, GeoActio has already won three public tenders in the last four months to implement its products in the transport networks of Reus, Lleida and Alcázar de San Juan (Castilla-La Mancha). In the same period, it has also closed other “large contracts” with private operators, with a total value of close to 2 million euros.

Ityneri by GeoActio comprises around ten services focused on the modernization of urban transport, among which ActioTicket and ActioPredict stand out above all. The first product is an account-based ticketing system (ABT), which eliminates the need for physical media, facilitating the supply of multimodal transport tickets and simplifying the purchase of tickets online. The service is already used in more than 1,000 vehicles on 200 lines throughout Spain.

Secondly, ActioPredict is a tool that takes values that operators already collect through validation data or sensors, and external factors such as weather or events to predict the occupancy of vehicles. The system is already operational in the transport systems of the Generalitat de Catalunya and Pamplona.