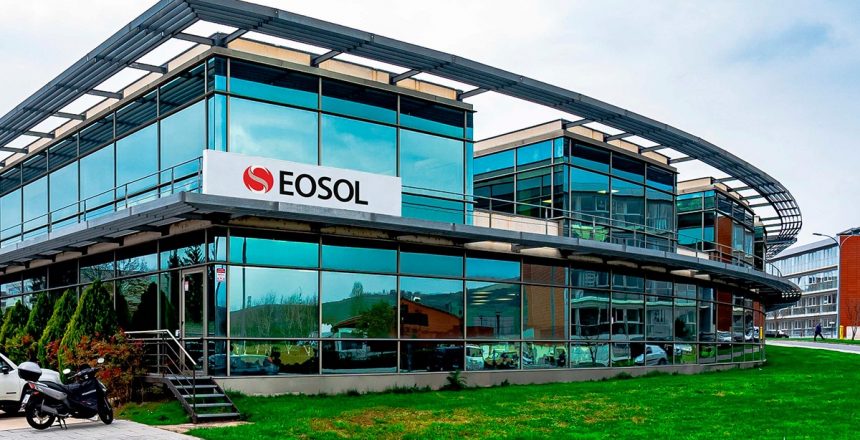 The Aerospace Unit of the Eosol Group, together with three other entities, is working on the design of an antenna for the European Space Agency. Its function will be to help calibrate other antennas and increase their reliability for future earth observation or space exploration missions. The European Space Agency has just formally declared the Critical Component Design Review closed and the company expects to make the final delivery in April 2023

Eosol Group adds another milestone to its activity in the aerospace sector. The European Space Agency formally declared closed the Critical Design Review of a new antenna commissioned by the Navarrese firm as prime contractor, in collaboration with Radiometer Physics, Space Structures and the Polytechnic University of Madrid.

Eosol Group created its aerospace division three years ago to diversify its activity and this project is an important milestone for the division and the confirmation of the firm’s good work.

Specifically, the new antenna will be used in ESA’s main measurement laboratories in Europe to calibrate their anechoic chambers, i.e. the environments in which antennas are measured. The research centers will be able to use it to quantify possible errors in the antenna measurement process, which could affect the final results. In this way, it will be possible to take corrective measures and increase the reliability of future tests, to ensure, for example, the accurate characterization of antennas that will be used in future public or private missions of earth observation or space exploration.

In this sense, Grupo Eosol’s design is very favorable due to its high mechanical and thermal stability, being able to work in a very wide frequency range, from 86 Ghz to 1.2 THz. In addition, it can withstand cryogenic temperatures of up to 4 degrees Kelvin thanks to the materials with which it has been designed.

The project has already entered its manufacturing phase, using components manufactured in Germany and Spain. In the coming weeks, the antenna will undergo various thermal and surface treatments, as well as its characterization by parts. Finally, the final assembly will be carried out at the Eosol Group’s facilities in Mutilva (south of Pamplona).

The antenna will be transferred to the ESA facilities in the Netherlands (ESTEC), where the team of engineers will spend several weeks characterizing it both at room temperature and in cryogenic conditions. The final delivery of the new antenna is scheduled for April 2023.