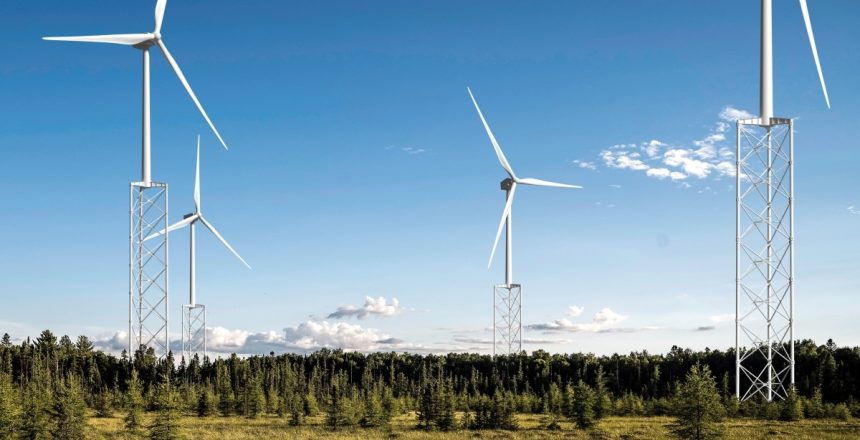 BladeRunner has already been successfully tested with three wind turbine models, two of them from Innovent and one from Acciona. The company expects a great demand from those countries with higher costs for the use of large tonnage cranes. This is the case of the United States, Australia or Brazil, as well as most of the countries of Northern Europe.

The Navarre-based company Nabrawind, which specializes in the development of technological solutions for the wind energy sector, has devised a solution to simplify generator blade lifting maneuvers that can lead to savings of 70%. Until now, the assembly of these blades required the use of heavy cranes, which meant a significant expense both during the construction of wind farms and when it was necessary to replace these elements due to breakage.

The company from Navarra has developed, thanks to the impulse of the French company Innovent, a viable product from an idea they had previously conceived. After 18 months of work, the firm presented in August last year a first prototype that is already marketed under the name BladeRunner. The system consists of a set of detachable parts that allow the wind turbine structures to be used as a support to raise the blades.

Although there are similar products on the market, the Navarre-based company points out that its proposal requires less bulky tools and a less complex lifting system. In addition, the blade surface is hardly subject to contact during maneuvers.

BladeRunner has already been successfully tested with three wind turbine models, two of them from Innovent and one from Acciona. With the latter, the company has managed to install blades 70 meters long and weighing 21 tons in a wind farm in Aragon, a milestone achieved in June.

Moreover, according to Nabrawind’s managers, the design is completely scalable and can be adapted without any problems even to the lifting of offshore wind turbine blades, weighing between 50 and 70 tons. The project has required a budget of half a million euros, of which 200,000 were provided through an innovation grant from the Government of Navarra.

The potential of this product is high and it is beginning to penetrate the international market. The company assures that the demand will be greater in those countries with higher costs for the use of heavy cranes. This is the case of the United States, Australia or Brazil, as well as most of the countries of Northern Europe.

In addition to Innovent and Acciona, the company’s managers assure that they are negotiating agreements with other companies. The commercialization of the BladeRunner is very flexible, since its customers range from large utilities to wind turbine manufacturers and maintenance companies.