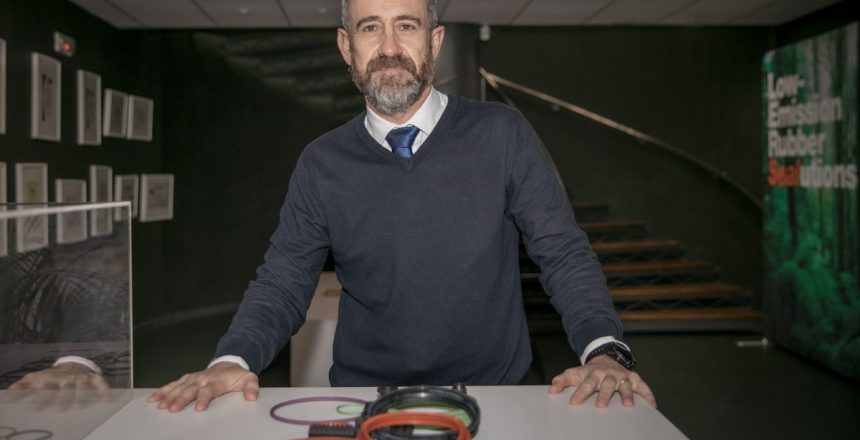 The company, which specializes in manufacturing critical rubber parts for the automotive industry, had a turnover of 17 million euros in 2021. This year it expects to reach 24 million. Currently, Hidro Rubber exports 90% of its sales and has ninety workers distributed among its headquarters in Navarra, Italy and the United States.

The company Hidro Rubber, which manufactures critical rubber parts for the automotive sector, expects to bill 41% more in 2022 by increasing its international sales, as informed by its managers to representatives of the Government of Navarra in a private meeting.

The company, which specializes in manufacturing critical rubber parts for the automotive sector, has, in addition to its headquarters in Navarra, a production plant in Italy and a warehouse in the United States. With ninety people on staff, it reached a turnover of 17 million euros in 2021 and expects to reach 24 million in 2022. At present, exports account for 90% of its sales.

In 2021, Hidro Rubber was the winner of the 1st Arizmendiarrieta Saria Award, promoted by the Government of Navarra. The jury valued the implementation of management systems that seek the competitiveness of companies, a competitiveness “based on the development of the people who work in them, especially in terms of internal communication and participation systems”.

In addition, Hidro Rubber is a clear example of “clear and firm commitment” to digitization, since they have data capture in plant, in order to collect data from production processes and transform them into reliable information. This is intended to improve decision making, “having a positive impact on the efficiency of these processes”. In addition, they have artificial vision verification machines.

Hidro Rubber’s model, as highlighted by the representatives of the Government of Navarra after the meeting, coincides with “the guidelines of the economic development of Navarra from a social vision, which points to a very clear model of society: efficient, intelligent, participatory, creator of synergies between all its elements, fairer and more supportive.”