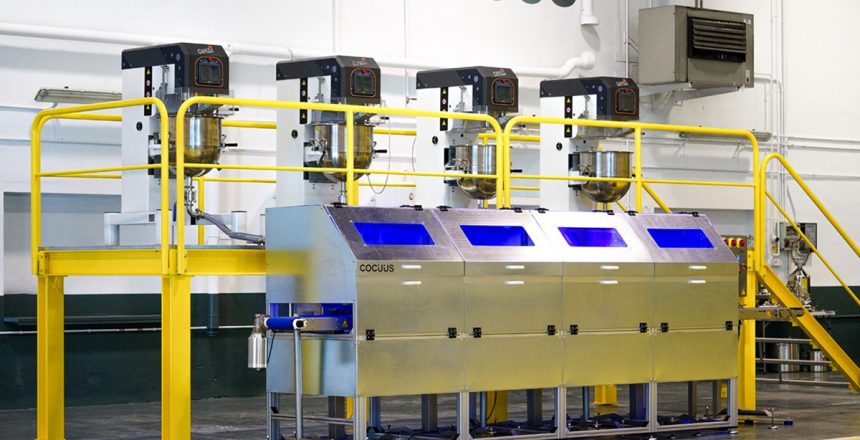 The new machine will enable the production of 1,000 tons of 100% vegetable bacon per year. This new milestone for the Navarre-based company follows the opening of its technology center, with an investment of almost 2 million euros.

Cocuus System Ibérica, the Navarre-based technology company specializing in the production of meat alternatives participated by Sodena, presented this Friday “the world’s first industrial line” for 3D food printing.  This milestone comes after the company began the construction of a new 4,000 square meter technology center with an investment of two million euros.

The industrial printer presented, which is ready to work in any food company, has been designed thanks to the work of the multidisciplinary team that is part of Cocuus: electronic engineers, mechanical engineers, mathematicians, nutritionists or bioengineers, among others. The machine, “unique in the world”, according to the company’s managers, will make it possible to produce 1,000 tons of 100% vegetable bacon per year.

The Cocuus food biosynthesis model is based on understanding how products are produced in nature and then reproducing them. They call this process Food-to-Data, Data-to-Food. For the design of meat by-products, they analyze real pieces of meat by subjecting them to axial tomography, which makes it possible to discriminate where there is fat, meat, bone and vascular pathways.

Through the images obtained, Cocuus distributes the parameters with which a 3D printer can work. First in vectors (straight lines, points, planes), and then in a map of objects in three dimensions. From there, “all that remains is to transmit to the printer what the final product will look like”.

After being selected by the accelerator Orizont and Sodena contributed €20,000 to the project, Cocuus was incorporated in June 2017. Currently, its business angels include SODENA (Sociedad de Desarrollo de Navarra), the financial instrument of the Government of Navarra and the foodtech accelerator, EATABLE ADVENTURES, which recently launched a new €50 million fund to invest in foodtech startups.